University of Wollongong (UOW) Vice-Chancellor, Professor Paul Wellings, CBE, has welcomed the findings of the Australian Human Rights Commission (AHRC) national report into sexual assault and sexual harassment at Australian universities and committed to implementing all of its recommendations.

Initiated by Universities Australia (UA) as part of the sector-wide Respect. Now. Always. campaign, the AHRC received public submissions and conducted a national, independent survey of students across 39 institutions, including UOW, to gain unprecedented information about the nature, prevalence and reporting of sexual assault and sexual harassment at Australian universities.

“I want to thank those UOW students who participated in the survey for their honesty and courage in sharing very personal information to help UOW, and the sector, make improvements in relation to this issue,” Professor Wellings said.

“Sexual assault and sexual harassment are never OK and even one incident is too many. That’s why UOW fully supports the aims of the Respect. Now. Always. campaign.

“This comprehensive national report – together with our institutional results – provides valuable insights that will inform our continuing efforts to address this unacceptable behaviour and provide a safer learning and working environment,” Professor Wellings said.

In addition to UOW’s longstanding preventative and support measures, a cross functional team reporting to the Vice-Chancellor and the University’s Executive is already implementing new initiatives that address many of the report’s recommendations.

Efforts to positively change attitudes and behaviours have been expanded with existing online education programs such as Responsibilities, Rights and Respect (RRR) supplemented by ‘first responder’ training for frontline staff, ethical leadership workshops run by the Full Stop Foundation focused on preventing gender based violence and student wellbeing workshops featuring elements of the ‘MATES’ (Mentors in Violence Prevention) and ‘Step UP’ bystander programs.

The University’s response to sexual assault and sexual harassment is being similarly enhanced, with comprehensive education, support and policy improvements centred around its ‘support first’ approach to reported incidents, which aims to provide students the care and support they need as swiftly as possible.

The University has added a new Sexual Assault and Sexual Harassment Support Hotline to its existing support services, which include counselling (featuring a specialist trauma counsellor), advisors and advocacy officers. The new hotline is available for students 9am- 4.30pm weekdays on 1300 303 455.

These services are in turn supported by established partnerships with specialised community support services such as the NSW Rape Crisis Centre, the Violence and Neglect (VAN) Service and UOW’s excellent working relationship with the NSW Police.

The SafeZone smartphone app, co-developed by UOW, is available to students on all campuses, making it easy to contact UOW Security and get help while on campus.

The University has conducted an initial policy and procedural review but will now undertake further reviews in light of the national report’s recommendations.

The key objective is to establish a single reporting and coordination point for sexual assault and harassment disclosures to help reduce trauma for victims and survivors.

“In consultation with staff and student groups, we will build on these strong foundations and use the new insights in this report to continue implementing improvements,” Professor Wellings said.

Although national findings confirm the under-reporting of incidents occurring both at universities and in the wider community, the survey data showed participating UOW students felt relatively confident about seeking support and assistance from UOW after experiencing sexual harassment and had some knowledge of relevant policies, procedures and support services.

“We’re encouraged by these results but there is more work to do promoting respectful behaviours, preventing sexual assault and sexual harrassment, and encouraging victims to report incidents when they occur and seek support,” Professor Wellings said.

“I encourage students who have experienced any form of sexual assault or sexual harassment to report the incident to the University so you can receive the support you need.” 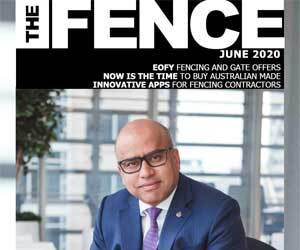 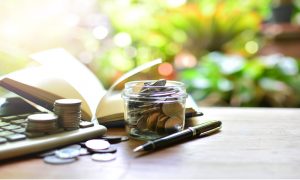 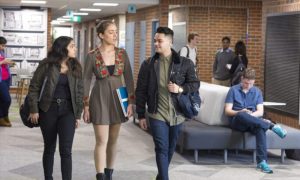